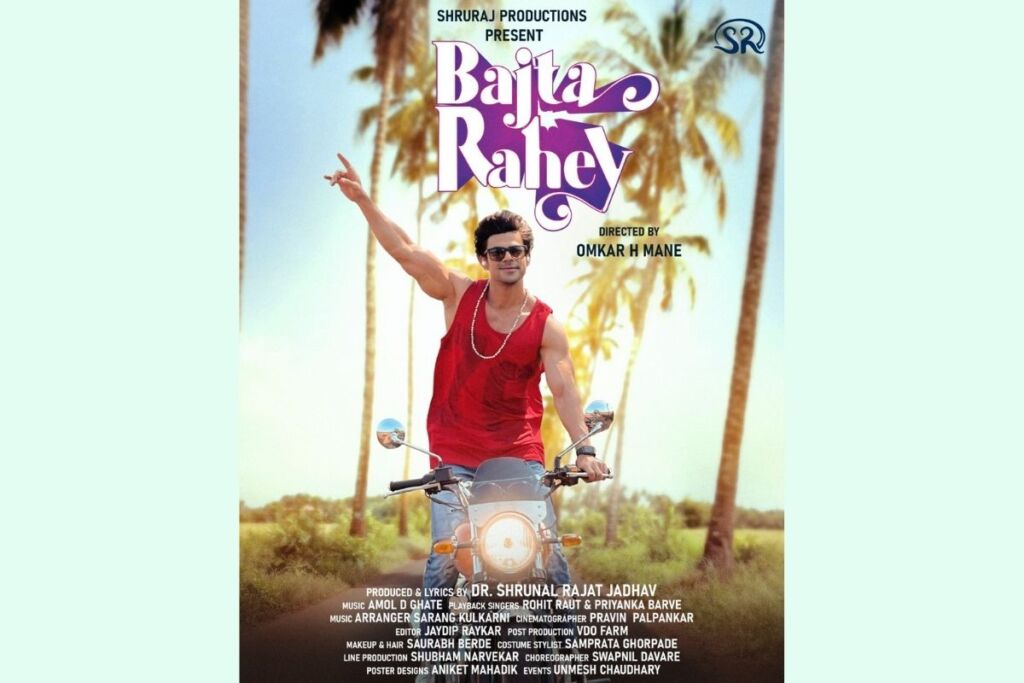 The humble beginning of Dr. Shrunal Rajat Jadhav, a journey from the successful doctor to the beginnings of music production.

April 11: An award-winning and established doctor from Mumbai who turned into a producer recently announced her production debut with the song “Bajta Rahey” directed by Omkar Mane. Dr. Shrunal has always had a passion for writing and delivering powerful social messages through his articles, it all starts with an inspiration and the dream that follows. The reason why a well-established doctor in Mumbai is currently producing music is following the dream and passion to lead the way with utmost tenacity, courage and focus to produce music that conveys social messages.

Omkar Mane, an Indian director with nearly 22 music videos and the most trending music videos is considered to be one of the best and most popular Marathi television film and music video makers. Moreover, Omkar made his directorial debut at the age of 24 with the family comedy film “Sasucha Swayamvar”. He was the youngest writer-director to direct a feature film at 24. The film earned him best first director and various writing nominations. Moreover, every company and producer wants to make a song with him. And then he made his first Hindi music video “Toota Taara” for Zee Music Company. This year, every month, he releases a new music video. Moreover, by the end of the year, he will come with his untitled Hindi web rom-com series for one of the biggest platforms Ott.

Song Bajta Rahey is a Hindi indie rock song which explains the importance of mobile phone by highlighting it; as a solution, not an addiction in a very unique and captivating way. The clip is performed by versatile actor Ankit Mohan who recently gave the biggest hit Marathi film Pawankhind. Also, Ankit is a well-known face in many Hindi serials and Marathi movies, but he will be seen in a different style in this fun and youthful song from Goa. Dr. Shrunal Rajat Jadhav said “Bajta Rahey will be the best entertainment for the audience and as the trend of indie rock increases, this song has the potential to become the party anthem of the year”.

The production and the channel are supported by Shruraj production. Rohit Raut and Priyanka Barve will be the singers with music by Amol D Ghate. The lyrics and song producer Dr. Shrunal Rajat Jadhav through this song and several other projects are setting the stage for entering the Indian industry.

Omkar Mane says, “Dr. Shrunal Rajat Jadhav is an award winning doctor who approached me with this beautiful song. I saw huge dedication and passion for the song and immediately Bajta Rahey came along and he is coming out on Shruraj Productions YouTube channel. The song is set to be released on April 12, 2022 and everyone who knows Omkar Mane is very excited about the new song with followers of Dr Shrunal Rajat Jadhav for his official debut in the music industry. They are sure that Bajta Rahey and other upcoming songs will hit a million views in no time.