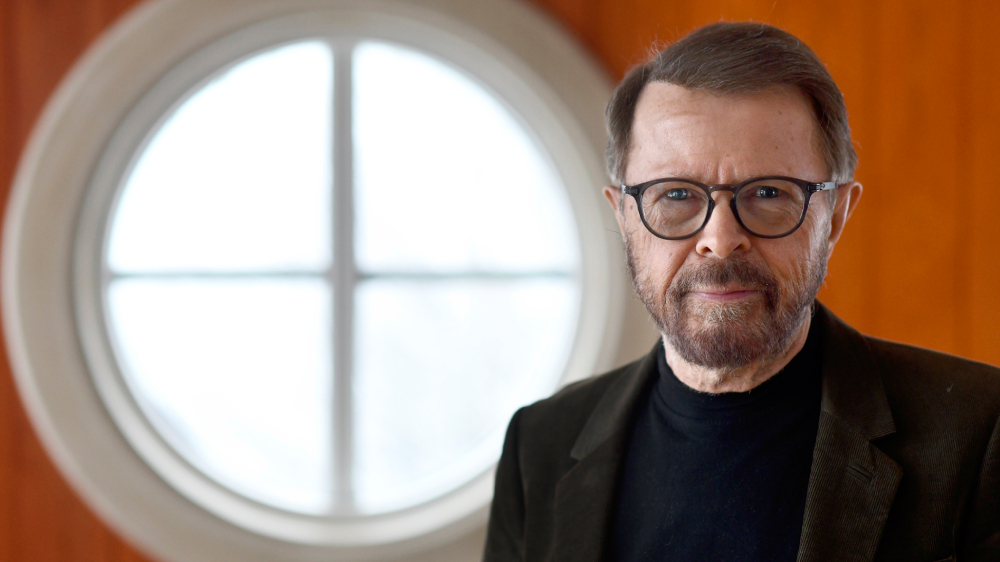 In a low-key and very Swedish way, ABBA co-founder and CISAC president Bjorn Ulvaeus is apoplectic.

We talk about the rising value of song catalogs – a boom that has seen Bob Dylan sell his catalog for nearly $400 million, and Hipgnosis Songs has spent over $2 billion on acquisitions in just over three years, with another billion more on tap. And yet, throughout the industry, the songwriter is at the bottom of the proverbial financial totem.

“It’s immoral!” exclaims Ulvaeus. “Songs are all of a sudden an asset class – a commodity – and the songwriter is out there on the periphery.”

As one of two songwriters for one of the most successful and influential musical artists in the history of the world – that would be ABBA – one wonders why Ulvaeus, as President of CISAC , the non-profit global trade organization for creators, is essentially taking over the entire music industry. The only answer is a sense of mission to benefit every songwriter, from superstars like Taylor Swift and Drake to those at the bottom of that totem pole.

“I became president because I think there’s something good about a nonprofit that supports writers all the time, and puts the best interests of writers first,” he explains. he. “That appeals to me – and that’s why I became president.”

In a lively nearly hour-long conversation last week, Ulvaeus talked about CISAC and its annual report released early Wednesday, but most importantly about songwriters, songwriting, the value of songs and the inequity of the decades-old payment structure. (We also talked about ABBA, in part 2 of this interview, which will be published tomorrow.)

In some cases, he pointed out that he was speaking for himself as a songwriter and not as CISAC President — particularly regarding the “user-centric” model of online payments. streaming: In a nutshell, under the current model, streaming services put all streams in one pile and pay artists, songwriters, and rights holders based on their percentage of that total number of streams. If you’re, say, Justin Bieber, BTS, The Weeknd, or Adele, that’s a lot. If you’re not, it often isn’t.

Under the “user-centric” model, creators and rightsholders would be paid according to the amount each user streams their music – so if someone streams anything other than Maroon 5 or MC Hammer or Frumious Bandersnatch, that artist would receive all revenue from that subscription. This is a much more complicated but undeniably fairer payment standard.

Such complexity is the business of publishing, streaming, and intellectual property, and brains turn off quickly. Yet, as you’ll see below, Ulvaeus – who can talk minutia as well as any editor – always comes back to the crux of the matter: if the music industry is song-based, why are so many songwriters- composers get the short end of the stick?

Let’s talk about the CISAC report first – global music royalty collections have fallen by more than 10% due to the pandemic.

My point of view, when I saw it, is that it could have been worse. At some point during [2020], there was a sense of hopelessness that it might go down 25%! But in total, 10% is a lot but not [as bad as it could have been]. Digital collections are on the rise, which helps, but it doesn’t help small songwriters, niche artists, niche catalogs – the big ones get most of the money.

This must change. Streaming will grow and grow, there’s still so much potential – but how will that streaming revenue go to the smaller writers, those who don’t have gigantic hits? I think one solution is an initiative called Due Credits, where the metadata [of the credits and payments is embedded in] each recording before it is injected into the digital system. It would help a parcel. The labels kinda moan ’cause they say you can never get the [credits] soon enough, but that needs to change — that’s where CMOs need to step in, and CISAC has risen to that challenge. If the right metadata is in the system, that means a lot more people will get paid.

What opposes this? I was told someone in the industry came up with a similar solution several years ago, and a certain major label refused to reveal their data.

(to laugh) Well, maybe that’s true, but officially, publicly, they can’t be against it. There happens to be a tool that I’m involved with — I’m sorry, I’m speaking to you as the president of CISAC, but that tool happens to be what we need — called Session, and it’s is to get the metadata early in the creation process.

Let’s say two songwriters are in a room and they wrote something – they give it a title, say who the writers were, log that into the tool, and they’ll get an ISWC [copyright reference number] and an IPI [songwriter reference number] at once. This is the first step, then you can add authors and make your [songwriting percentage] splits in this tool – the creators enter the data themselves, and they don’t have to worry about administration because they did it themselves. And then when they come into the studio, this tool is a button on the workstation that says “Session”, and the musicians and the producer and everyone are automatically added to the recording with the correct numbers and their IDs . Then that record can be sent to an aggregator, with everything in one packet.

Couldn’t this lead to fights over breakups even earlier in the songwriting process?

Yeah, but once that song gets an ISWC, the money will stay there for you until you make up your mind.

What can industry do to help this process?

I think the smaller CMOs do their best to collect money from restaurants and radio stations and all that, but it can also be better technologically – it could be a lot more accurate. There are gadgets that track what is being played [on the radio or other broadcast medium], up to the second, and exactly who it is. This is the world we are entering now, where everything is exact because it is zeros and ones. It would cost companies a pittance to use.

How did we get to this situation, where the songwriter creates the art but is often at or near the bottom of the payout structure?

Historically, labels had to manufacture and distribute [records, tapes and CDs], paying the printers and things like that – they had so many costs that the publishers didn’t have at the time, and that’s why historically the division was almost like it is now. And that’s the excuse that labels still have, but it’s no longer true and everyone knows it. Publishers invest a lot in new writers, almost as much I think labels invest in new artists, but it’s not in the label’s interest to change this divide between publisher and label. They are very, very reluctant to do so.

What could be a fairer solution to the streaming problem? Streaming services say they can’t pay more and labels should be the ones. Where could the money come from?

If there was complete transparency, if we knew exactly what was going on in [streaming services] and labels and publishers, we could make it fairer. But everything is hidden, we don’t know. Meanwhile, the streaming services are saying “We can’t pay anymore, we’re rolling out and getting new subscribers and it’s expensive”, and I know the divide between label and publisher can’t be fair – I’m not saying that should be 50-50 but it could be 30-70 or 40-60 or somewhere there. But as I said, there is strong resistance against that.

Where is the resistance?

It is common knowledge that it is more interesting to have a small publishing house and a bigger label.

Why hasn’t that percentage changed more, if music is essentially an audio file and vinyl and CDs are such a small part of the equation these days?

It should: Which is more important, the artist or the song? We can discuss it. But not too long ago, Gallup asked Spotify listeners in some Western countries, “When you search for a song, do you choose the song or the artist?”, and 60% answered the song and 30 % the artist. I have a teenage granddaughter who streams, and half the time she doesn’t even know who the artist is. The song is therefore in this respect more important than ever, especially with [big financial organizations] invest in song catalogs.

It would certainly help smaller songwriters and niche artists if we could have user-centric subscriptions – if the music each subscriber played would [only] to these artists and songwriters. It’s the only fair way to do it, but oh my, everyone in the company seems so reluctant.

Part of the concern is that users could sit and click on a song for hours and hours and artificially inflate the readings, right?

They can click a million times if they want, but they’re still just one subscriber. Doesn’t that seem fairer to you?

On another subject, what would you say to a songwriter who is considering selling his catalog? I know someone who had hits in the 90s and is thinking about it – maybe their catalog is near or beyond its peak value.

Obviously, it depends on what kind of financial situation you find yourself in, and it also depends on whether you can imagine something like having a “Mamma Mia” [musical] that will elevate the catalog a bit, or anything that will create new excitement. But if you absolutely can’t think of anything and need the money, then I guess so. Also, deals aren’t always about selling everything – some people sell the money streams and keep the right of refusal, or sell half the catalog or the masters. There are all kinds of deals going on right now.

Are there any songwriters now that you particularly like?

Billie Eilish and her brother [Finneas] are writing truly innovative and awesome songs that will push pop forward and impact the future of pop. I think Max Martin and all of the guys that worked with him also left their mark in pointing out what’s to come. [In other interviews, Ulvaeus has also mentioned Taylor Swift.]

Yes it is! But I have to say I’m not that close; Billie is the one that stands out for me. So many of these pop hits are [written] by 10 or 15 people, so it’s hard to have any particular songwriters as favorites.

What advice would you give to young or active songwriters on how they can fight for themselves?

There’s something starting right now called “WIPO for Creators”, which is a platform where they can learn about and ask questions about the music industry. And we at CISAC and a lot of other people are fighting for the songwriter — I feel a momentum, and I feel like it’s hard to resist this avalanche of facts that show that song is the most important asset of any music industry.

So I think young songwriters can hope for things to change. I will do everything I can, at least.

Check back tomorrow for Part 2, where Ulvaeus talks about ABBA.