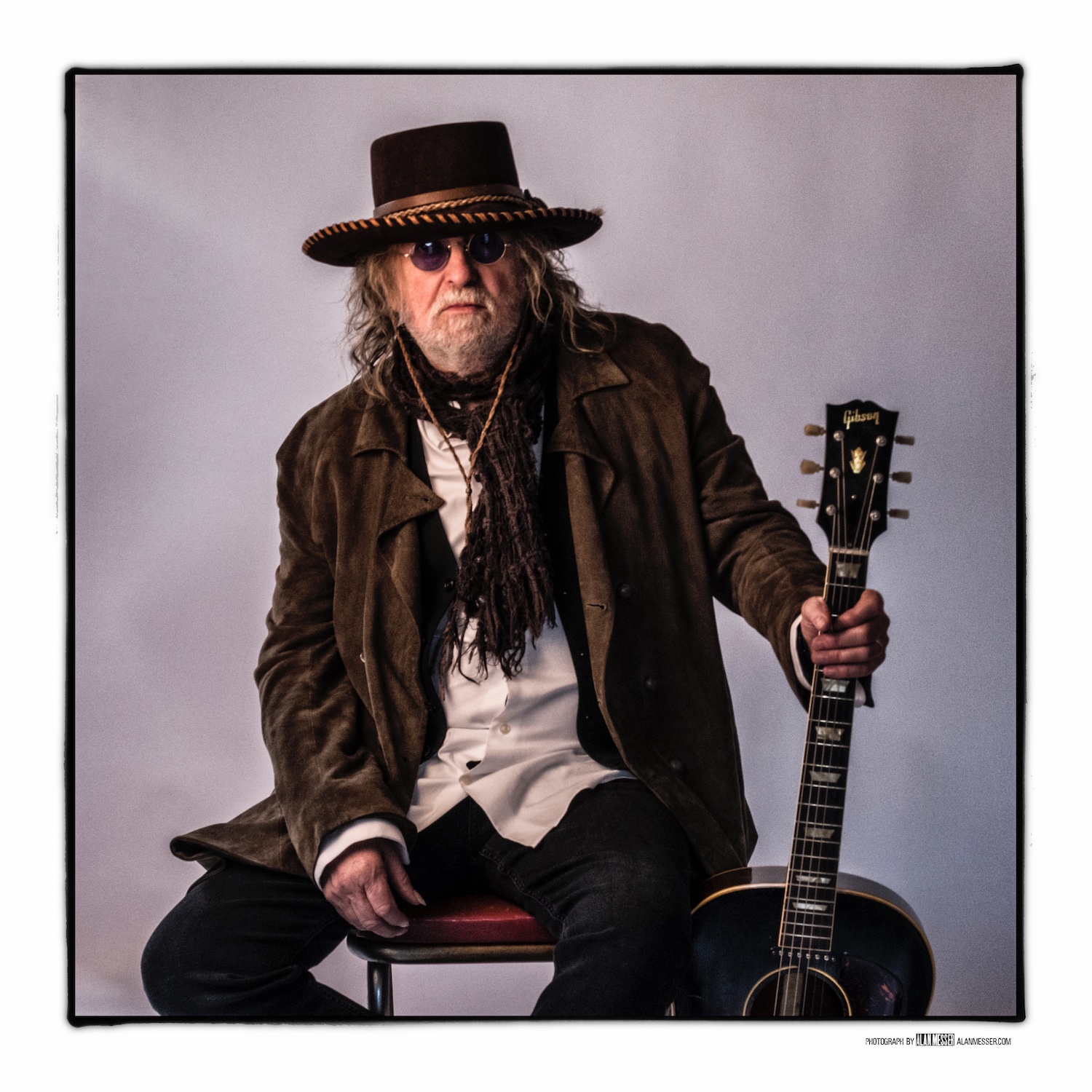 Photo: Alan Messer, used with permission from a publicist

His name may not be familiar to you, but among musicians, Ray Wylie Hubbard is considered one of the greatest songwriters of the last half-century.

He is indeed revered for his unique lyrical style which drips with irony and comes across as clearly as words can be spoken. In truth, however, Hubbard often examines subjects that are deeply intellectual and underpinned by a remarkable, grounded mix of blues, rock, country and folk music.

His talent for looking amusingly at the ugliness of mankind is well demonstrated in my favorite Hubbard song: 1999’s “Conversation With The Devil” by his Restless Nights Crusades album. In a verse he sings:

“Now murderers and rapists go into this lake of fire
As well as most politicians and trolling cops
And all the mothers waiting to get to the K-Mart to spank their kids
And instead of showing what to do, what’s right
They just hit ’em for what they did
And all the dads who run away and abandon their daughters and sons
Oh, whoever hurts a child will burn until it’s done”

I had the privilege of having Hubbard with us on Season 3 of The Load Out Music podcast ahead of the release of his new album, “Co-Starring Too”. It’s her second consecutive album with collaborations – this time with Willie Nelson, Steve Earle, Hayes Carll, Ringo Starr, Wynonna Judd, Heart’s Ann Wilson and others.

During our 30-minute chat, we discuss his career, his sobriety, his angst over Nashville record executives, sleeping with the president of his record company and more. But we start where it all began for Hubbard – playing bars and cafes in New Mexico and Texas in the late 1960s. His star finally rose to fame when the legendary Jerry Jeff Walker – a close friend of Hubbard – recorded “Up Against the Wall You Redneck Mother” on his Viva Terlingua album released in November 1973.

This led to Hubbard’s debut album, Ray Wylie Hubbard and the Cowboy Twinkies, which was released in 1975. But the experience didn’t thrill Hubbard as one might expect. More than anything – as he discusses with me – it infuriated him when producer Michael Brovsky overdubbed the record, largely turning it into something Hubbard neither expected nor wanted.

Now in the mid-70s, Hubbard is still going strong. In fact, some think he’s at the top of his game. Its poetic greatness – again, at least in my highly subjective opinion – might be best displayed in another chorus from “Conversation With The Devil”:

“And he said, What about all that whiskey and cocaine

I said, well, yeah, but that’s no reason to throw me in hell

‘Cause I didn’t use cocaine to get high

I just liked the way it smelled.

Sit back and enjoy a terrific conversation with Ray Wylie Hubbard, unarguably one of America’s greatest songwriters of the past half-century and our newest guest on The Load Out music podcast.